What Is Sugar - all about sugars

How much energy is in...

The term 'sugar' usually refers to what we know as table sugar – the type of sugar that we use in baking or add to our tea or coffee.

In Australia this type of sugar comes from sugar cane. But the sugar we see on the table is only one type of sugar that is found naturally in a whole range of foods.

All 'sugars' are carbohydrates and along with starch is our body's main source of energy. We rely on sugar for energy – be it for our brains, bodies or nervous system. In fact it has been part of our diets for thousands of years. Sugar is found naturally in most foods like fruits, vegetables and milk as well as being an ingredient used in a wide range of foods and drinks. 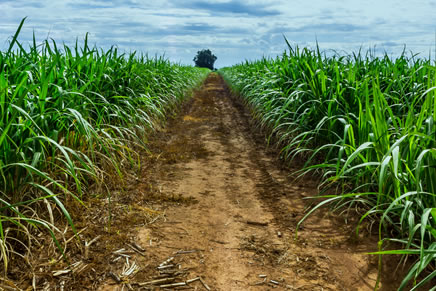 DIFFERENT TYPES OF SUGAR IN YOUR HOME

Most of us will have a couple of different types of sugar in our house – not just the sugar bowl we use for tea and coffee! Asides from colour, what is the difference between them, are some better for me than others or does it matter which one I use in my cooking?

Also known as granulated sugar, table sugar or refined sugar. Is one of the world’s purest foods. It’s 99.9 per cent sucrose, is essentially the naturally occurring sugar from the sugar cane but with all ‘impurities’ such as mineral ash and polyphenols completely removed. Quite a multipurpose sugar used for baking, sprinkling, creaming and adding to hot drinks.

This really has the same make up as table sugar, just a lot finer. Because of this you might also see it being called superfine sugar. Caster sugar is generally used in meringues or pavlovas where a smooth texture is needed.

You may have noticed that icing sugar is either called 'pure' or 'soft'. Both are finely ground and sifted sugar made from sugarcane, the difference is the soft version will often be mixed with tapioca or corn starch to prevent it clumping. As the name might suggest, it is used for icing, but also buttercream and dusting cakes.

Raw sugar has a slightly darker colour compared to white sugar. This comes from the molasses that is left on the sugar crystals. It is usually partially refined, retaining 4% molasses. Because of this it has a slightly different flavour as well. Most commonly, it is used in coffee, baking, chutneys or relishes. The only difference between this and coffee crystals is the size.

Not commonly found in the home cooks kitchen, glucose powder is a white crystalline powder with a GI at the maximum of 100. It is the standard by which other carbohydrates are ranked. At 100, this means that glucose is rapidly absorbed into the bloodstream and stimulates a fast insulin response.

Kilojoules, sugar content and GI rating for sugars with glucose and fructose as comparison

Overall whatever sweetener or sugar you decide to use – always use them in moderation and take a balanced approach. Enjoy a variety of foods, eat the right amounts of foods and keep moving!!!

WHAT ABOUT REFINED SUGAR ALTERNATIVES?

There has been a lot of talk recently about alternatives to refined white sugar, and nowdays a lot of recipes call for different types of sweeteners with the assumption that they are healthier alternatives. If your confused by all of this, and don't know what's best for you or your family, consider the table below.

We've listed the common refined sugar alternatives and provided some key stats so you can make up your mind. Remember white sugar is predominantly sucrose, has 17kJ/g and a GI of 68.

SUGAR - WHAT IS IT MADE OF?

All carbohydrates are made from small building blocks called simple sugars or monosaccharides. Glucose – this is the most important of all as it is the form of sugar that is used by the body for energy. All other carbohydrates (including other sugars) are converted into glucose during the digestion of food. This is naturally found in some fruits and vegetables and the nectar and sap of plants.

Fructose – is also known as fruit sugar, and is the main sugar found in fruits, berries, honey, root vegetables and some grains.

Galactose – this monosaccharide is mostly found in milk and yoghurt.

When two building blocks or monosaccharides join together they form a disaccharide, the most common one is what we know as sucrose or table sugar.

Sucrose – this is the most common form of sugar and is usually obtained from sugar cane or sugar beet. It can also be found in some fruits and vegetables.

Lactose – this is what we normally call milk sugar, because it is found in all mammals' milk and dairy products.

Maltose – is found in germinating grains such as barley, as well as in malt or malted foods and beverages. It is often called malt sugar

OTHER TYPES OF CARBOHYDRATES

Apart from sugars, other types of carbohydrates are made up of long chains of monosaccharides or disaccharides, all joined together in different combinations – that can often be very complex – these are called polysaccharides. They usually contain from 10 up to several thousand monosaccharides arranged in chains. The main types of polysaccharides that you have probably heard of already are: Starch, cellulose, pectin, gums and fibre.

Starch – is probably the most common of the polysaccharides and it is made up of long chains of glucose. Starch is made by plants during photosynthesis. It is present in cereal grains (wheat, oats, rye, barley, buckwheat, rice, etc.), potatoes and legumes (beans, peas, lentils).

Cellulose – is another long chain polysaccharide made from many glucose building blocks. We often talk about cellulose as dietary fibre or what we used to call "roughage" as the human body is unable to break it down during digestion.

Pectin – is a type of fibre, found mainly in plant walls, which gives fruit its structure and firmness. If you've ever tried to make jam or fruit jelly you will know about pectin! Pectin is found naturally in fruit and vegetables, but in varying amounts, which is why some jams set without added pectin and others don't. Fruits high in pectin include apples and most citrus. Lower amounts are found in berries, stone fruits, figs and rhubarb.

Gums - ever wondered what agar agar, guar gum or xanthan gum are? You may see these written on some food labels. Well they are what we call vegetable gums that are also polysaccharides and they are used primarily as thickeners in food. Some seaweeds are also excellent sources of gums and are commonly called carrageenan and alginates. They are often used as a vegetable substitute for gelatin.

Glycogen – is the stored from of glucose in the human body. The body stores enough glycogen in the liver, muscles and brain to last for 24 hours. 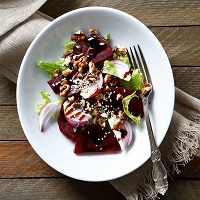 FAQs- ANSWERS FROM OUR NUTRITIONIST